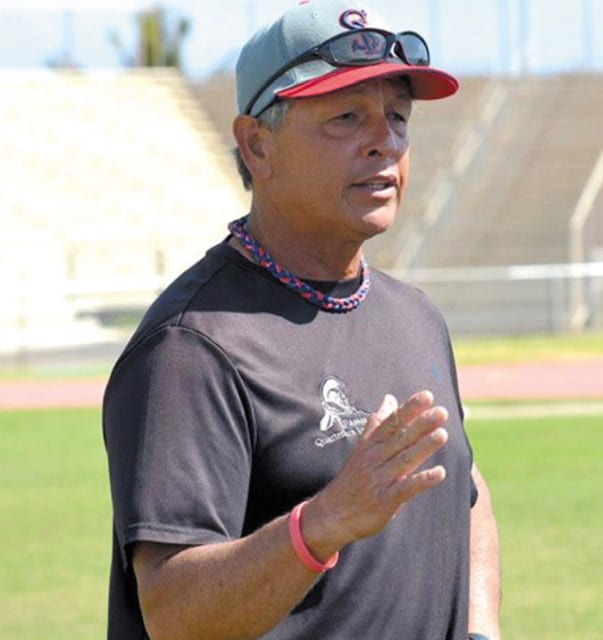 Coach Vinny Passas is the premier quarterback mentor and coach in the country.  He has an unrivaled record of success teaching, preparing and grooming young quarterback to succeed at the highest levels of football.

Coach Vinny has been the quarterback coach at nationally-renowned Saint Louis High School, where he helped the Crusaders to a record 25 state championships and consistent top-ten national rankings.  Quarterbacks that he developed at Saint Louis HS include Marcus Mariota, Timmy Chang, Jason Gesser, Darnell Arceneaux, Jeremiah Masoli, and Tua Tagovailoa.

For more information on how to work with Coach Vinny and to attend a scheduled clinic, click on the Clinics and Camps tab above.